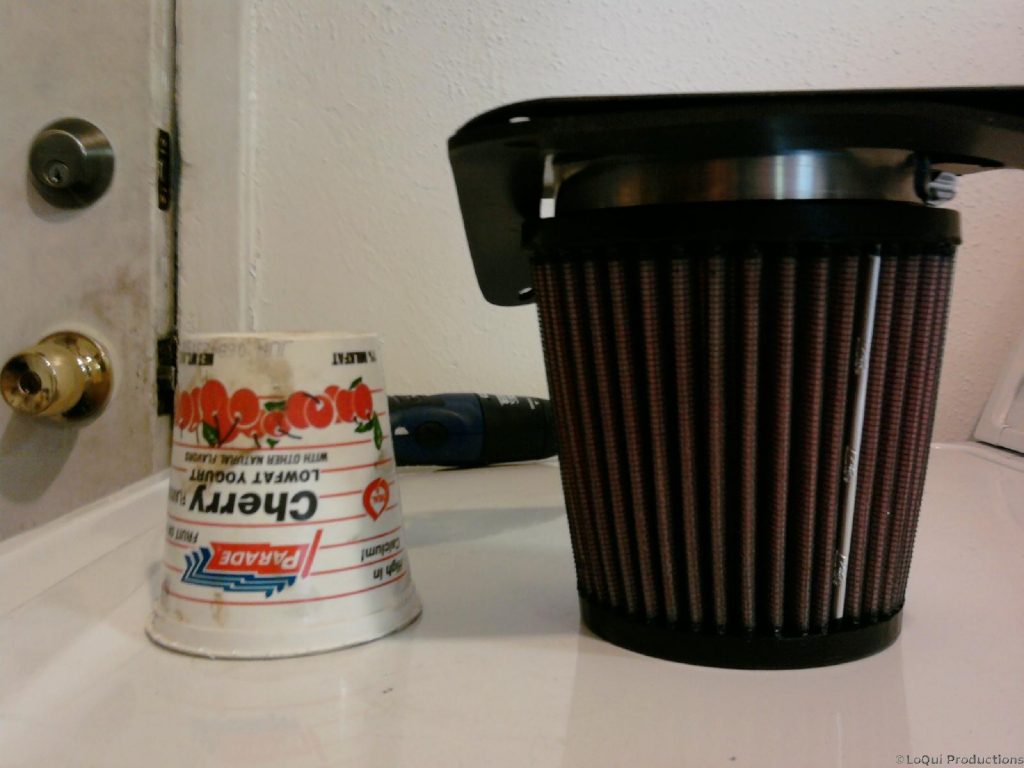 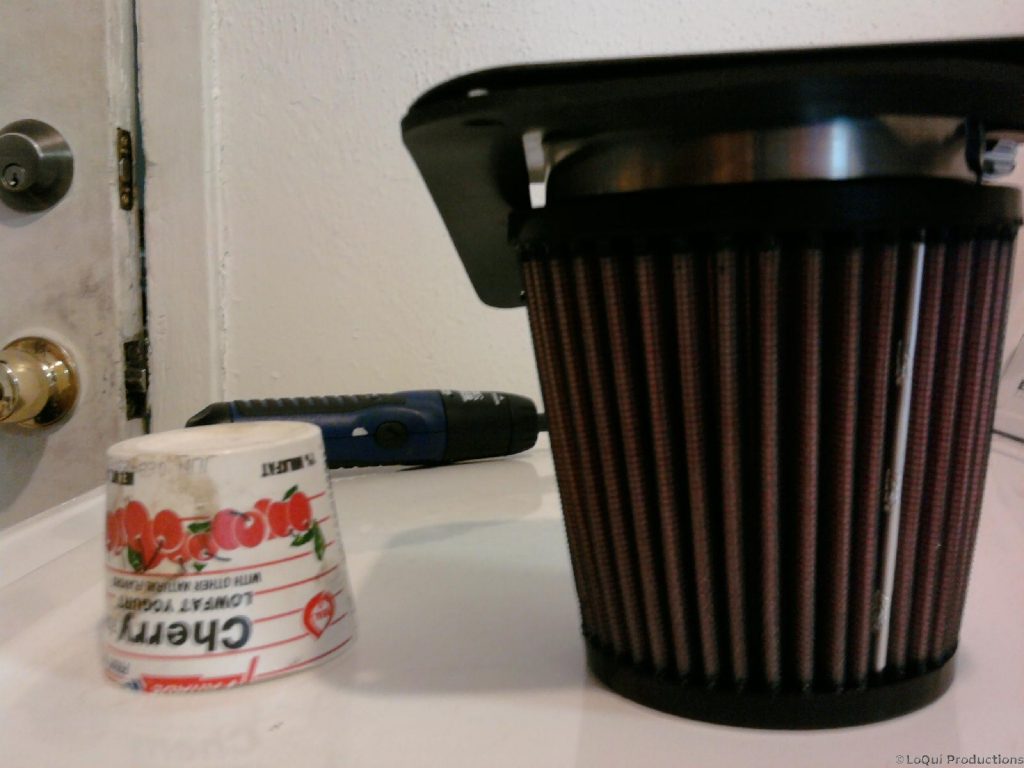 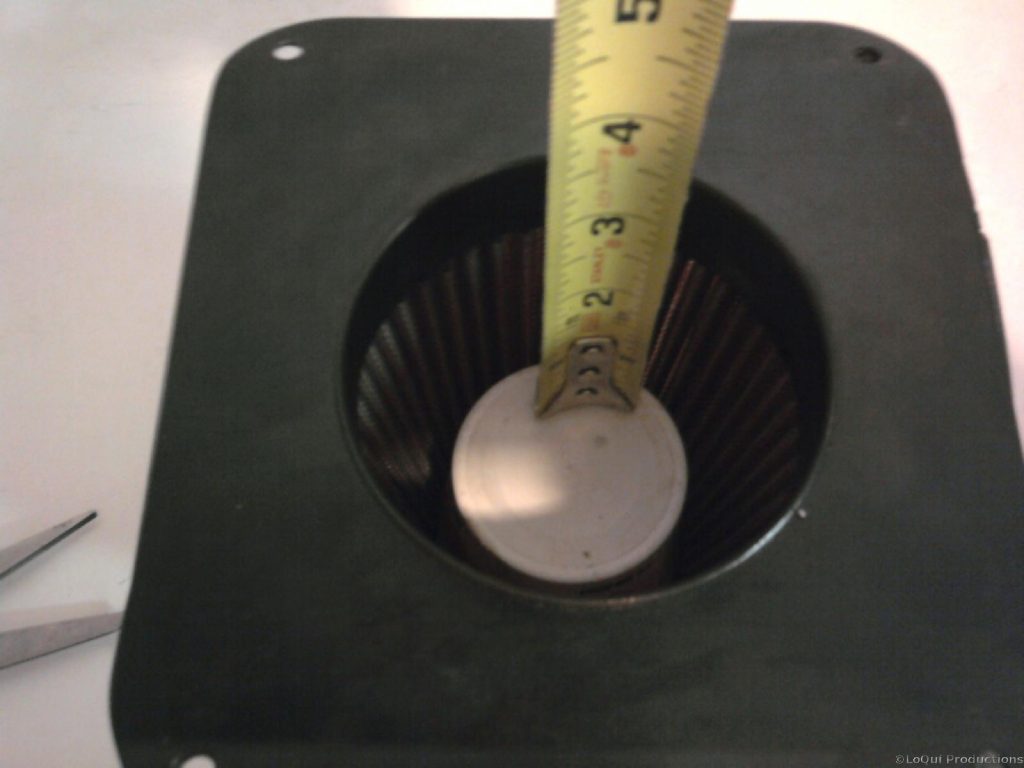 Unfortunately this really made no difference in the running of the engine. It’s still too lean and popping. More popping than the full-size yogurt cup, but not as bad as the straight K&N filter. This got me to looking at the carbs, I try to avoid them as I don’t really speak french, but perhaps I need to start monkeying with the pilot set screws. While looking at them I notice that they have 3 spacers instead of the usual 1 for some reason??? 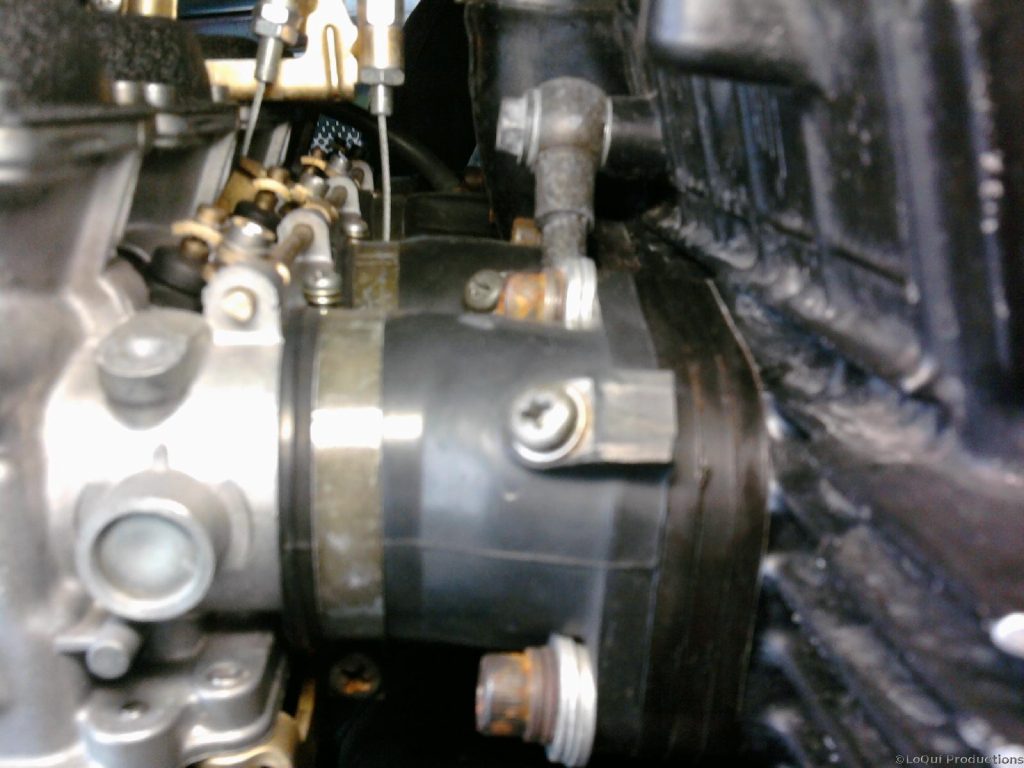 Exhaust with OEM filter.
Starts at idle, then 2K rpm, 3K rpm, 4Krpm with some difficulty keeping a steady rpm, and up to 5K rpm. No popping or backfiring. A final rev straight to 8K rpm.

Exhaust note with K&N and yogurt cup installed.
The beginning of the file is at 2K rpm, the next step up is 3K, then up to 4K where you can begin to hear popping all the way up to 5K. The rev after that went straight to 8K with no resistance.