Well, I bit the bullet and pulled the instrument panel apart. Dunno what I’ve accomplished, but I thought I’d post some pics so I’ll remember how to put it back together. 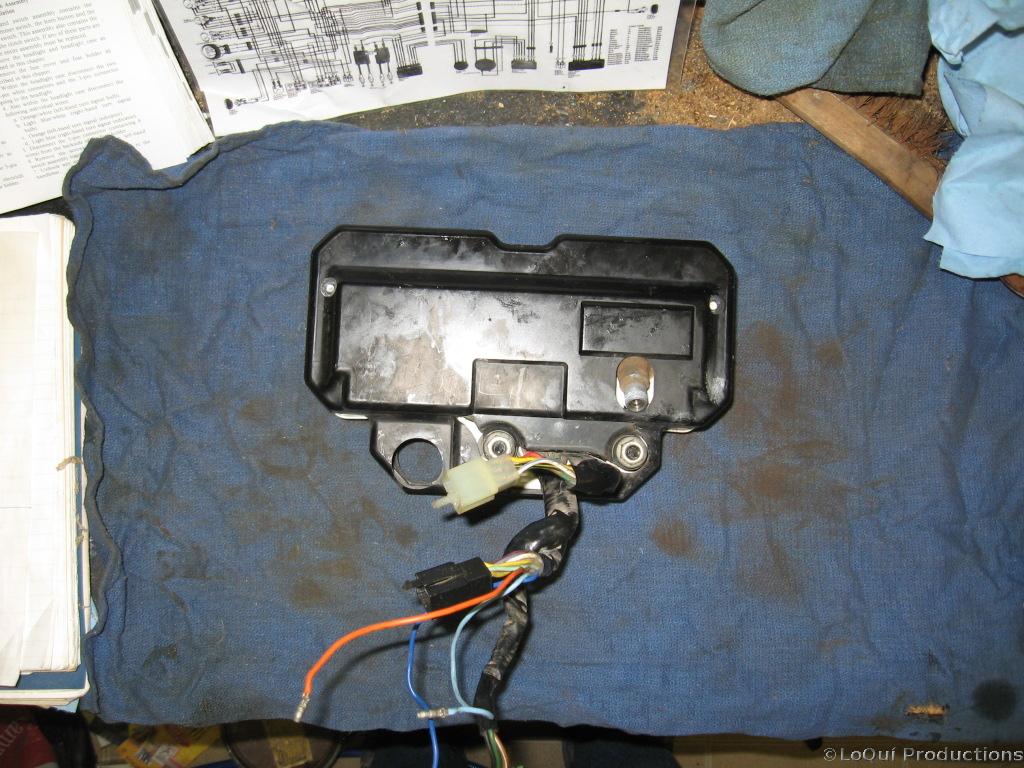 Ok, the instrument panel is off the bike, it’s just held on by 2 nuts on the bottom. There’s also a handful of wires to unplug here. The 3 for the blinker indicators, and one going to the back of the fuseblock, and another connector that runs back to the gear change switch. Here’s the instrument panel laying face down, I’m about to remove the back cover. Its just 2 screws on the back, and the turn handle for resetting the trip odometer on the side. You may be able to slide it off without removing this bit, if not there’s a really tiny screw inside holding it in place, don’t lose that. 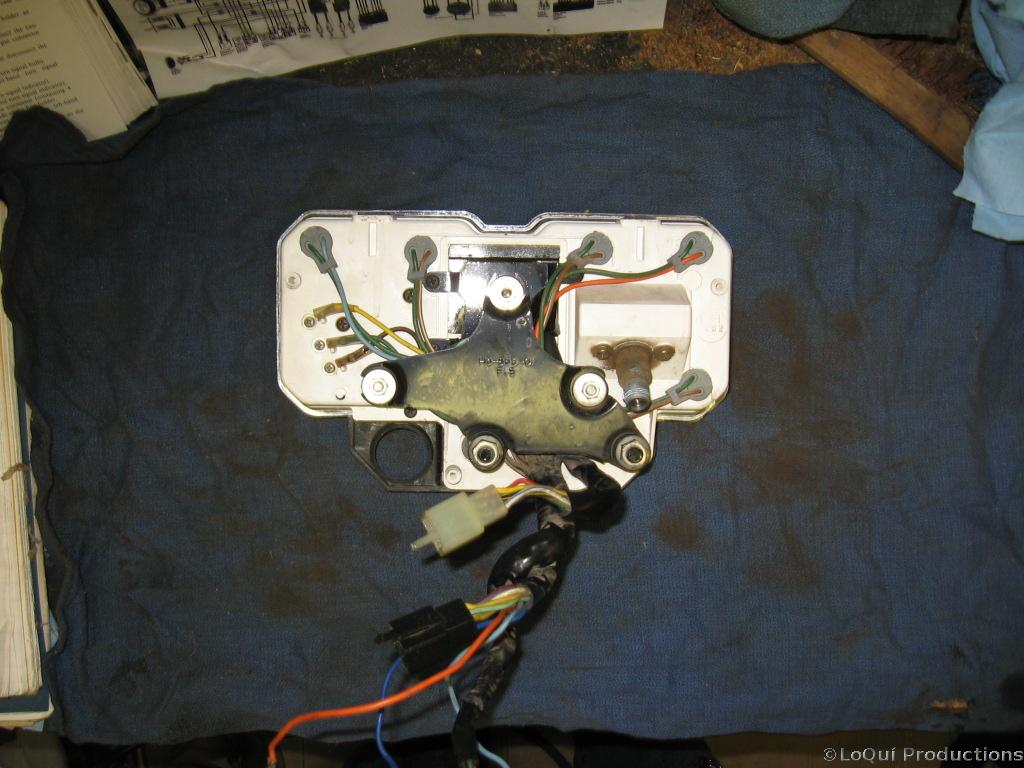 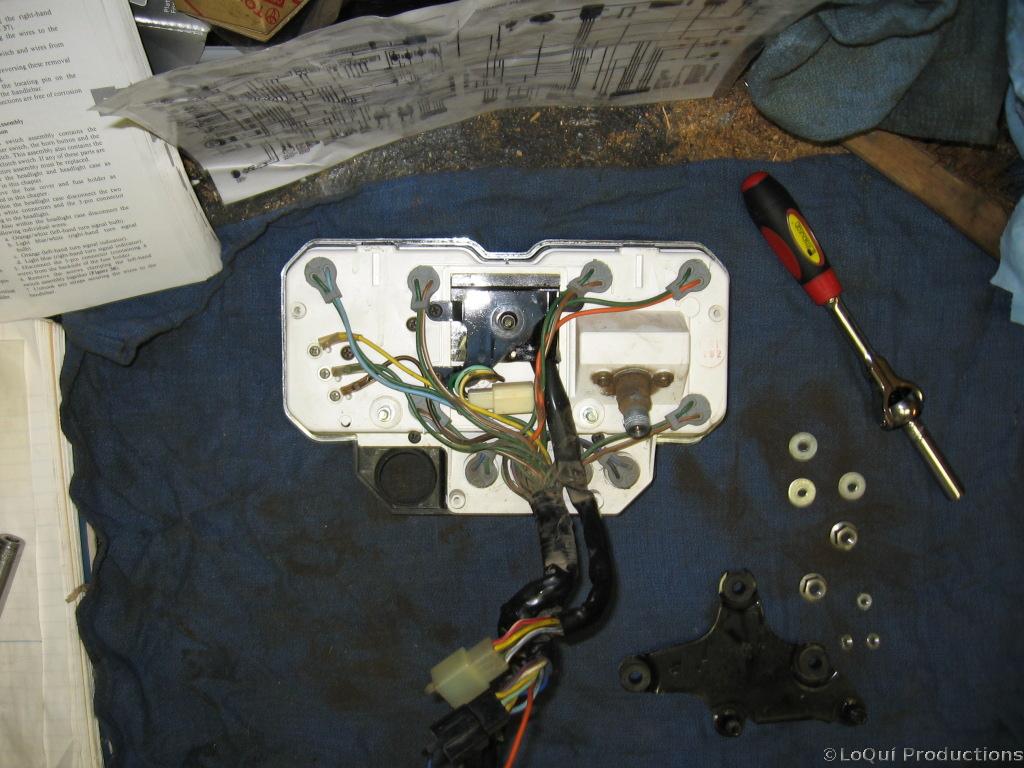 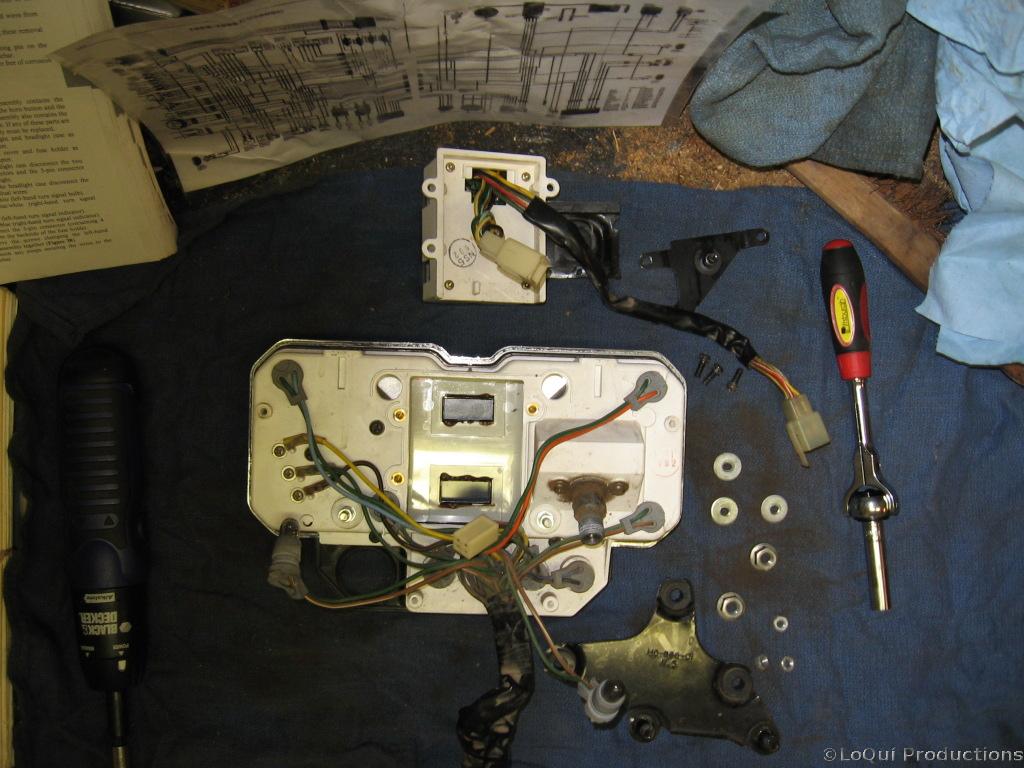 Ok, at this point the LCD module will just slide up and out. I had to remove the 2 center bulbs from the top of the panel because their wires were blocking the LCD module. These are just held in by friction. Grab the grey rubber housing and gently pull it straight up. Once the bulbs and wires are out of the way, the LCD module will come straight up and out as well, make sure the small wiring connector has been disconnected. 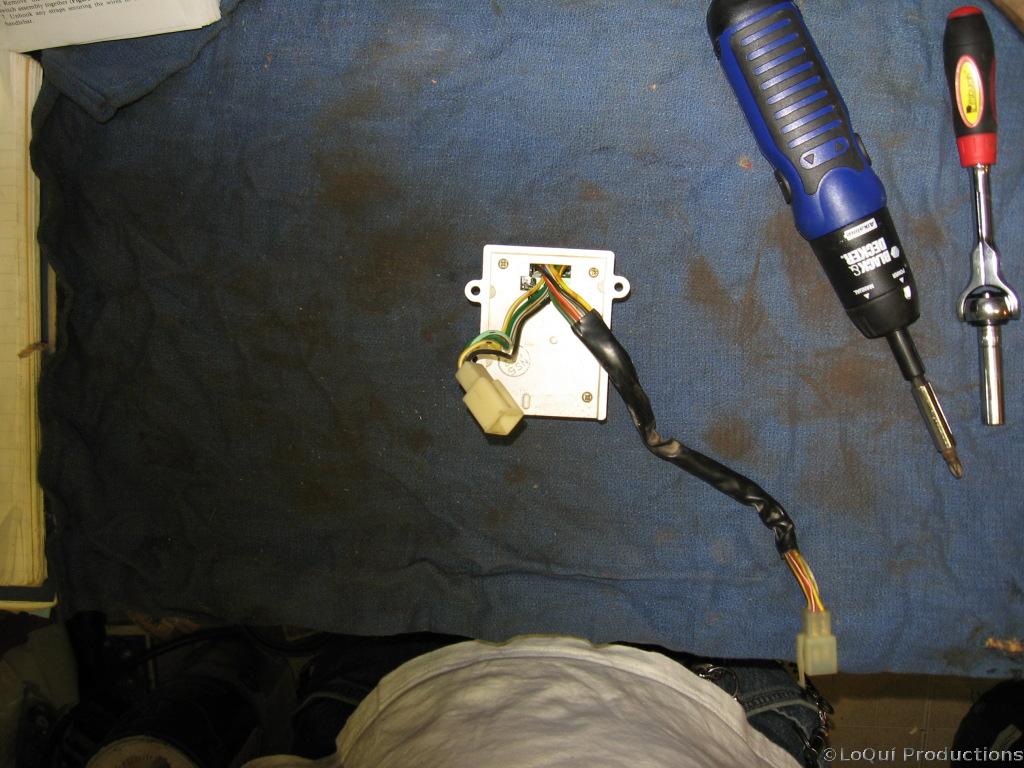 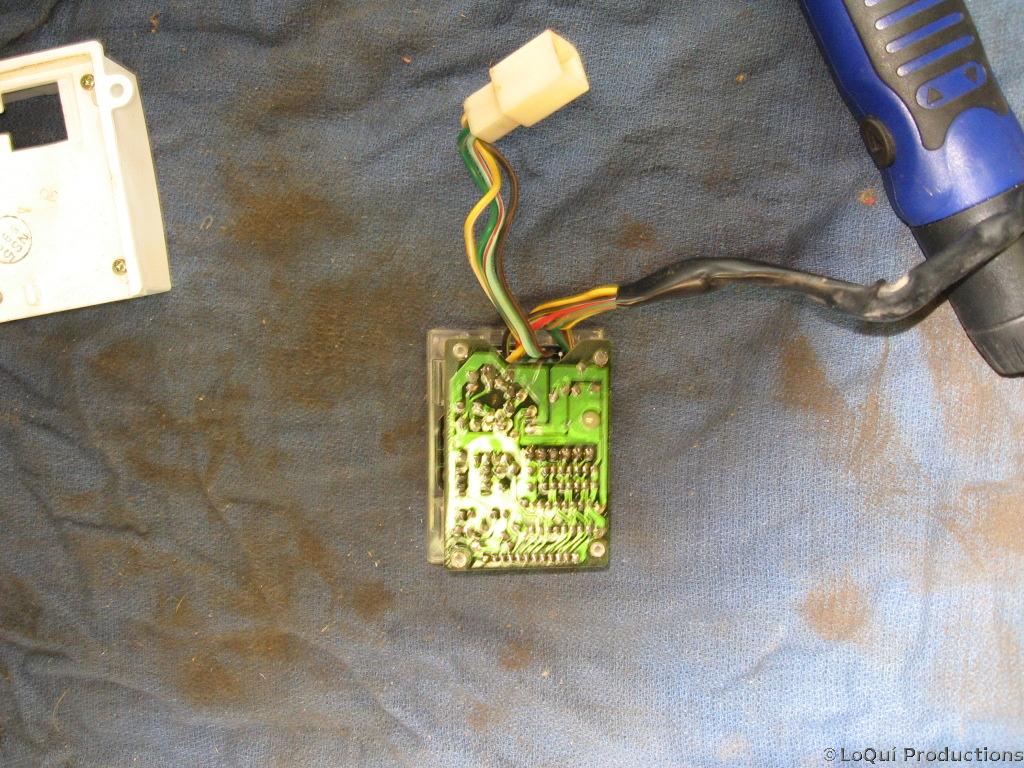 Ok, the module is out, now we gotta open it up. It’s got 4 screws, just remove those and it comes off. Now we have 2 PCBs sandwiched together with all the interesting bits in between. Removing the top PCB is a bit tricky. Look closely, 2 of the stems are split and have a catch. Gently squeeze these together and the PCB should come off. The clear ribbon connector btwn the two PCBs is just barely long enough to allow enough for them to come apart, don’t put too much tension on this as you don’t want to bust any of the solder points. 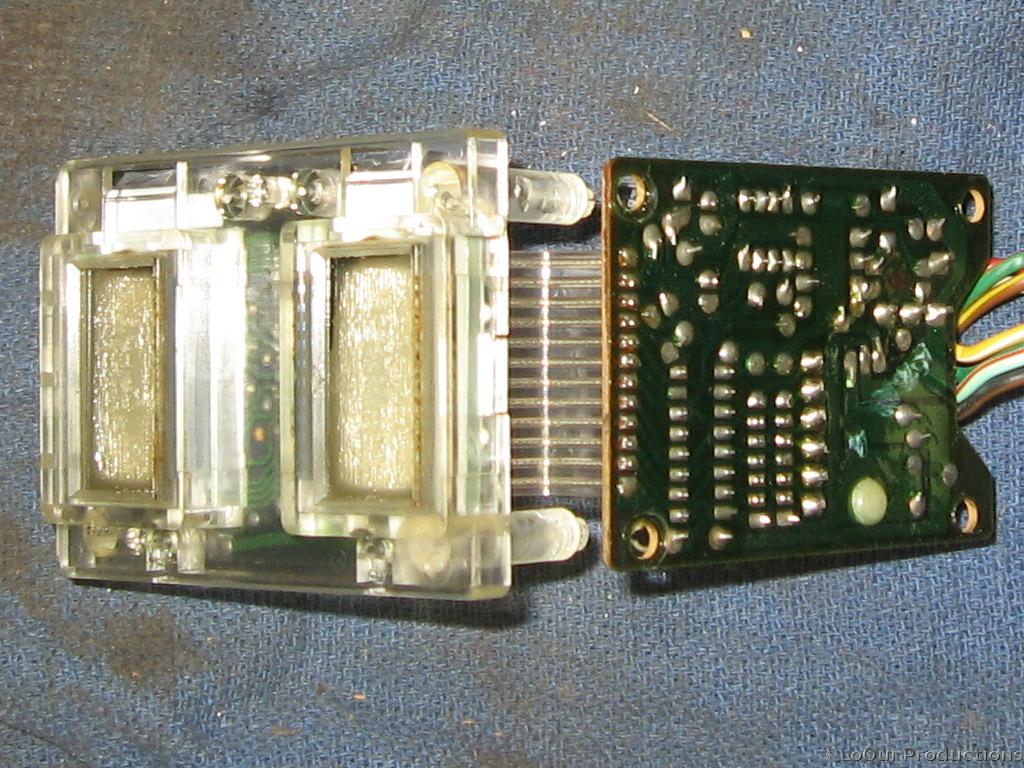 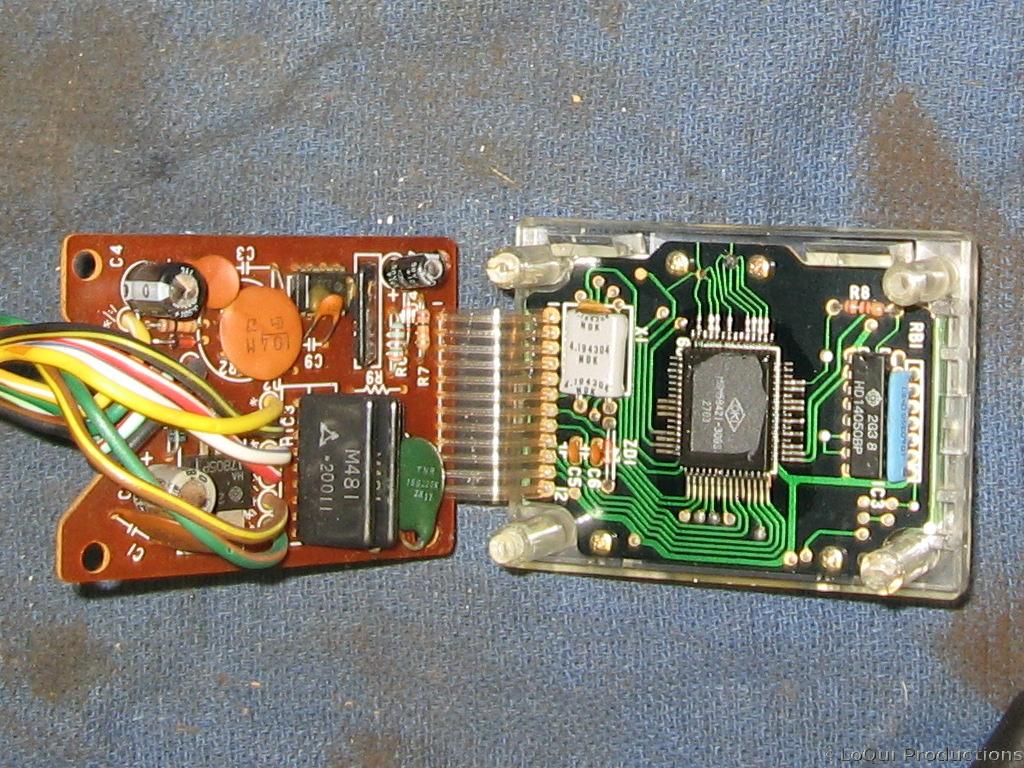 Ok, the module is out, and apart, and it’s all exposed. So wtf is wrong with it? There’s no obvious malfunction. No broken solder points or traces or exploded capacitors or voltage regulators. No burnt resistors or wires or chips. The Clymer manual is less than detailed on this part.

I’ve got this crazy idea of running 12v in through the brown/black wire, grounding the dark green wire, then grounding one of the 6 wires that normally lead to the gear selector switch and seeing if I get any life at all. I’ll post the results of that smoke test next.

*UPDATE*
The results on the smoke test were negative. No life, no smoke. I plugged it up just like I said I would, then I put my multimeter inline from the ground and one of the 6 wires that goes back to the Gear Selector Switch. I got the same 5v I got on those while this whole thing was on the bike. The good news there is that that means the wiring on the bike is not the issue.

So, its off to

Well, my gear indicator has never worked, and my neutral light only seems to work intermittently so I decided to clean the Gear Change Switch. The Clymer manual has a table listing which color wires correspond to which gear (IT’S WRONG BTW, I DON’T TRUST THE CLYMER MANUAL AT ALL ANYMORE). I tried testing the switch with my ohm meter but didn’t get consistent results. 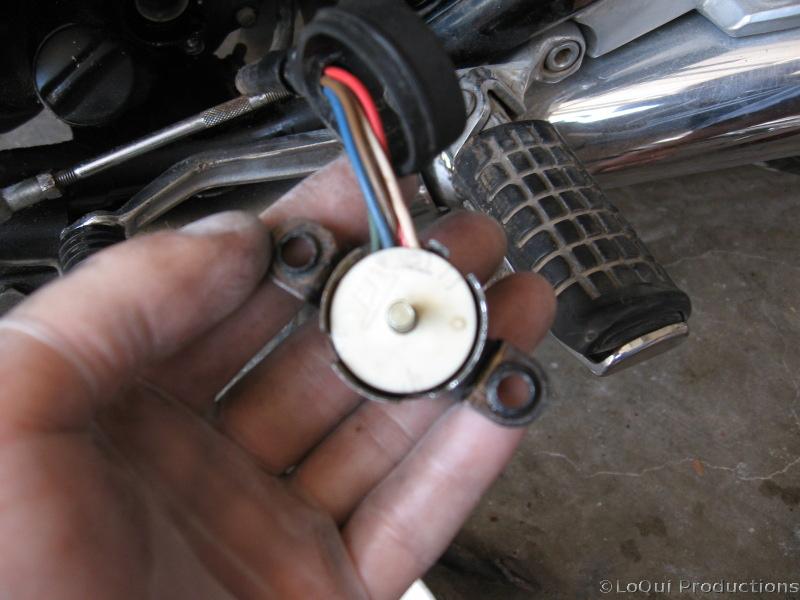 So, I removed the switch, which was tough since the screws were pretty stuck and I had to use liberal amounts of liquid wrench and an impact driver. Once it’s off you’ll see a plastic white disk held on with a small circlip. It’s got a small divot on it to signify the neutral position. It also has a pin that mates up to the transmission to rotate the switch, I had just removed that with a small pair of vicegrips. Next I carefully removed the small circlip holding this white disk in place and slid it off. 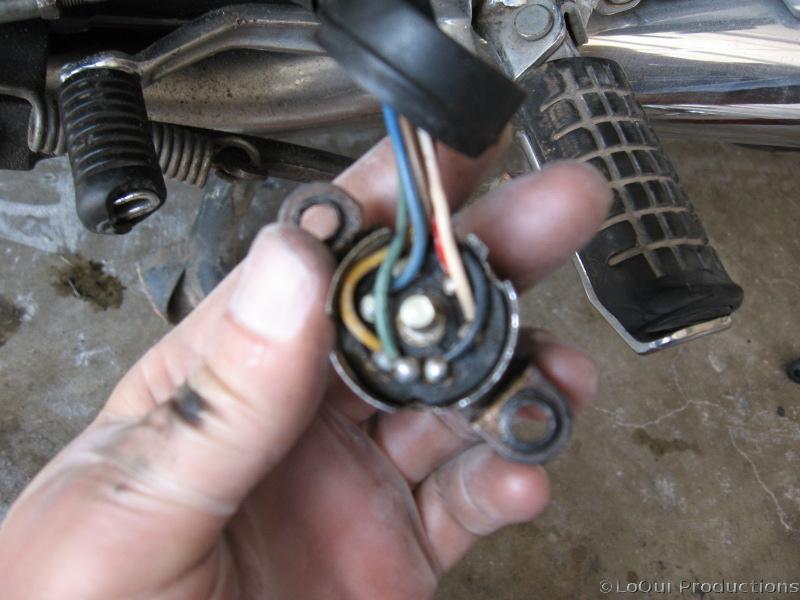 Once the white disk is off, you’ll notice a thicker black plastic disk with all the different color wires soldered to it. Honda was nice enough to mold little numbers next to each wire so you know which gear it corresponds to. This is how I realized the CLYMER manual was W-R-O-N-G again! The table on page 212 lists 2nd gear as blue, and 6th gear as black. This is exactly backwards. Back to the switch though, you need to remove this black plastic piece, you’ll notice it also has a circlip, no need to remove this however. You will need to gently pry the metal casing away from it though so it will slide out. Be careful not to knock it too far out of shape or to crack the black plastic part as it may be brittle. Once it was out, I found tons of oily crud in the bottom of the casing. 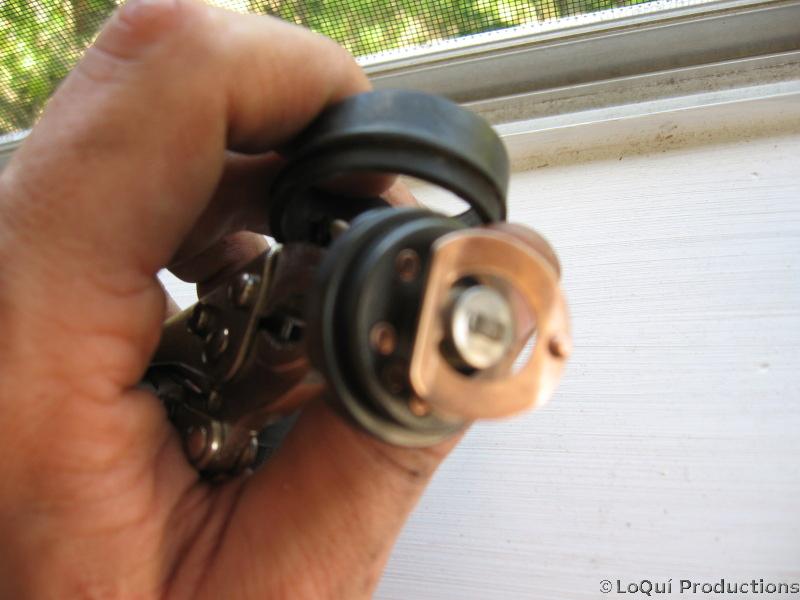 See how clean and shiny it can be? I used some electrical cleaner/degreaser and a wire brush extension on dremel. Some fine sandpaper helped as well. Basically the way the switch works is one point on the copper spring makes constant contact with the casing, and the other point makes contact with each of those copper dots as the selector gets rotated around by the transmission. Those copper dots (contacts I believe the more learned would call them) correspond to a different color wire on the other side ofcourse. Mine looked like it was packed full of vegemite before I cleaned it up. 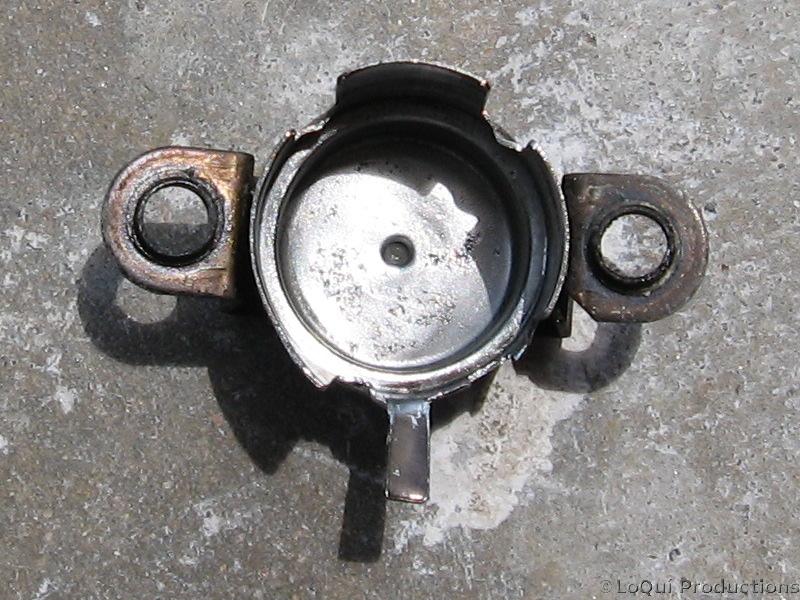 This is the inside of the metal casing the switch sits in. I cleaned this up with some more electrical cleaner/degreaser and the ole dremel. I’m pretty sure those metal tabs are where it makes contact to ground, so I cleaned those up as well. I also smeared some dielectric grease liberally around the interior and on the tabs to fight corrosion. I also applied plenty of dielectric grease to the switch itself before reinstalling it in the metal casing. Once its reinstalled, carefully crimp back down the divots that hold it in place.You don’t want the black plastic disk to be rotating any within the metal casing as the stem gets turned. You did remember to make note of the orientation right? Well, if you’re confused, the part with the bunch of wires goes through the largest opening in the casing. It’s best to retest the switch with the ohm meter while its open and you can see it working. I used my small vicegrips again to rotate the stem while I checked for continuity btwn each wire and the metal casing. If it checks out reinstall the white plastic disk and circlip. Lastly slide the small metal pin back in place and rotate it to the Neutral position.

Wow, that’s done, but my gear indicator still doesn’t work!!! At least my neutral light works  consistently now, which is the most important gear to be sure of, but it sure would have been handy to have that indicator as well. My fuel indicator doesn’t work either, so I’m beginning to suspect the problem is in the instrument cluster. I really don’t want to take that apart as it looks rather involved. Oh well…

Well, its getting closer to getting on the road so I changed the oil. The instructions say to warm the engine up for a few minutes so the oil will drain freely. Problem is the Jack’s placed the drain plug and oil filter right in the middle of the exhaust. I got it drained with no problems, and got to feeling pretty confident about working around the hot pipes until SSSSSSSSSSSSSSSSSSS! 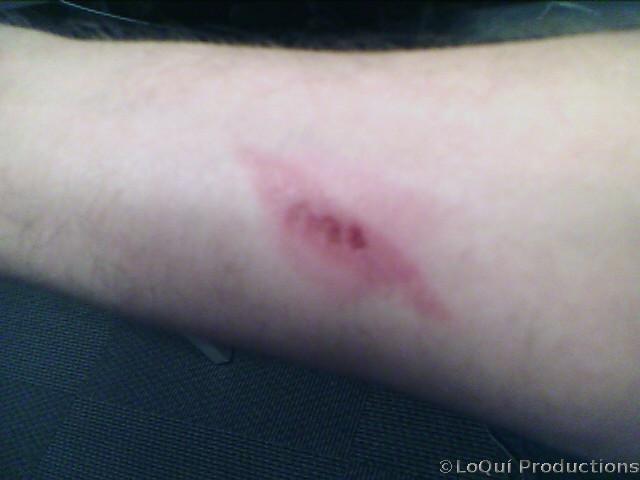 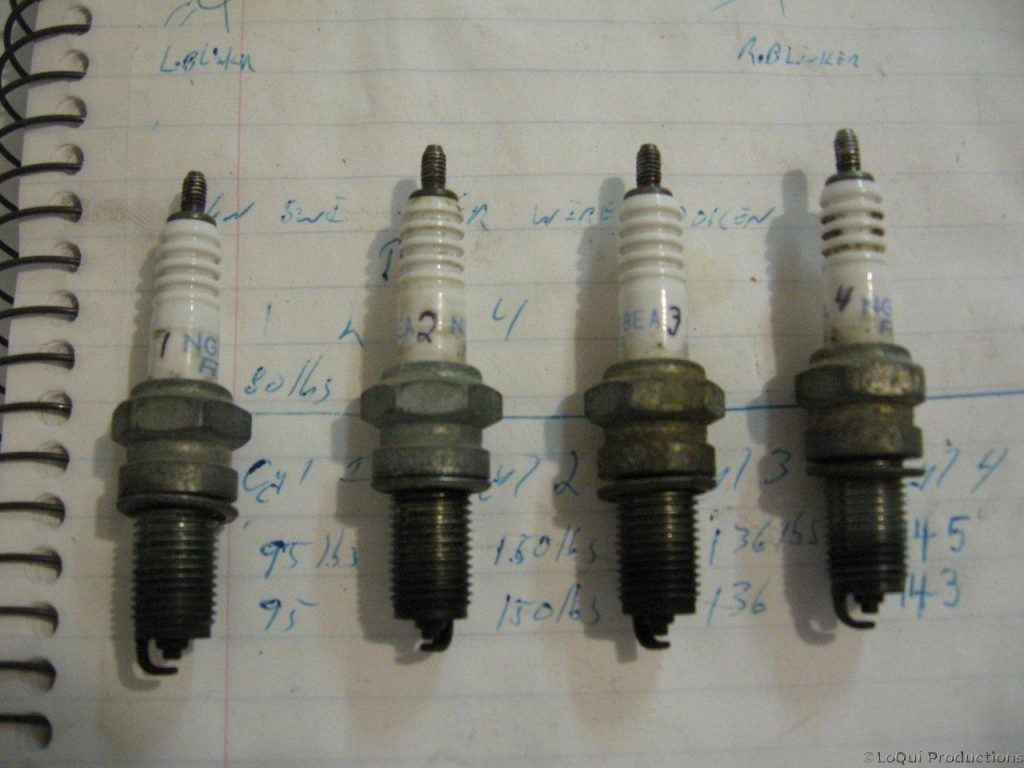